The Best of Portuguese Music From Portugal: 5 Songs You Need to Hear Right Now

When it comes to language learning, Portuguese often plays second fiddle to more popular Romance languages (ahem, Spanish). But there is something about Portugal that is instantly recognizable and utterly indelible – its music.

Portuguese music from Portugal is often associated with soulful and profound melancholic lyrics and singing cracked by longing. In fado, the most popular musical genre from Portugal, musicians write about the hardships of life, balancing both heartbreak and resignation with hope. Portuguese music may be described best by using a Portuguese word —saudade, which is a combination of longing and nostalgia.

If you’re learning Portuguese, listening to Portuguese music is one of the best ways to immerse yourself in the Portuguese culture while you improve your listening skills and expand your vocabulary. Read our pick of the best Portuguese songs and see how much you can learn from music!

Canção do mar, by Amalia Rodrigues

Amalia Rodrigues is known as the Rainha do Fado (“Queen of Fado”), for her instrumental role in popularizing fado internationally. She is also the best-selling Portuguese artist in history. At the peak of her career, leading poets were writing specifically for her.

One of her most beloved songs, Canção do mar, is wonderful if you want to learn common Portuguese verbs such as sing, dance, live, and dream.

If I dance in my vessel

I won’t go to the cruel sea

And I won’t say where I go to sing

To smile, to dance, to live, to dream….of you

Want to hear more songs like Canção do mar? Then make sure you save our Portuguese Spotify playlist for later!

Sometimes called the new queen of fado, Mariza is one of those rare singers who combine impressive vocal prowess with a bewitching stage presence. A rightful heiress to the legendary Rodrigues, Mariza started her career by singing Amália’s songs, but has come a long way since. 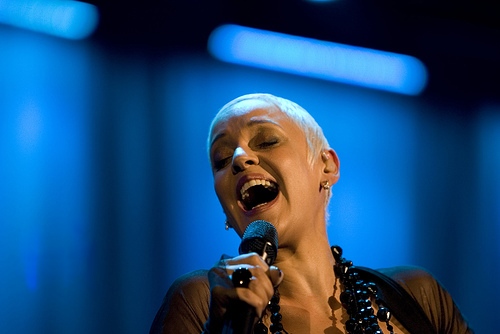 Photo by José Goulão via Wikipedia

In songs like Barco negro, she proves that she has found a unique and personal musical voice.

In the morning, I’m afraid you’d find me ugly

I woke up shivering lying on the sand

But then your eyes said no

And the sun penetrated my heart

I then saw a cross on a rock

And your black boat danced in the light

I saw your arm waving between the already loose candles

A much more complex song than Canção do mar, Barco negro is a sample of contemporary Portuguese music at its best.

It’s also an ideal song for advanced students who want to learn Portuguese tenses. In the verses above, you can find verbs in the past, present, future, and conditional forms.

Fernando Daniel was born in 1996, which makes him the youngest artist on this list and one of the youngest representatives of Portuguese music in Europe. He first appeared in the entertainment industry in 2014, on the Portuguese version of The X Factor, where he finished in 4th place.

Later, in 2016, he appeared in The Voice Portugal, became an instant audience favourite, and went on to win the show in December that year.

Fernando Daniel is known for his soulful singing and romantic songs. His simple lyrics are ideal for beginner learners who want to learn common Portuguese verb phrases and expressions listening to Portuguese music.

Where are you going

I will be better for you

I don’t want to stick around

Os Quatro e Meia is a sextet from Coimbra, Portugal. The band originated in 2013 with the objective of raising funds for an arts academy, but the audience embraced them in such a way that they decided to pursue a musical career.

To this day, all of the members have other professions besides music: there are three doctors, two computer engineers, and a music teacher. In the last few years, the band has gained nationwide recognition and is now one of the most successful acts in Portuguese music.

In P’ra Frente É Que É Lisboa (Ahead It’s Lisbon), one of their most popular songs, the band sings about their everyday troubles in a hopeful manner.

And I wake up sleepy, grumpy

Ruminating a regret for having to go to work

But I stay optimistic and conclude that being alive

It’s more than good reason to cheer me up

As you can see, this is a great song if you want to learn adjectives with Portuguese music!

David Carreira is a Portuguese singer and actor. N.1, his debut album (2011), reached number 1 in the Portuguese charts and earned him a big international following. Carreira is a wonderful artist for language-lovers as he sings in Portuguese, English, and French.

Photo by Georges Biard via Wikipedia

Gosto de ti, one of his most successful singles, is a simple love song that will teach you a lot of words and expressions related to love and relationships.

When I’m not fine

It’s you I resort to, if only to talk

And in these calls we lose the track of time

And it’s already 3 in the morning

Telling what I’m going through

And I know I can trust you

Whether you’re in the mood for a pop love song or a poetic fado, Portuguese music has a lot to offer for both music and language lovers.

Want to go beyond songs and learn Portuguese with a native tutor? Explore our Free Trial Portuguese Classes and get your first lesson at no cost. We’ll match you with a professional tutor who will prepare a course tailored to your needs and interests. Contact us now to get started!

Comments on The Best of Portuguese Music From Portugal: 5 Songs You Need to Hear Right Now 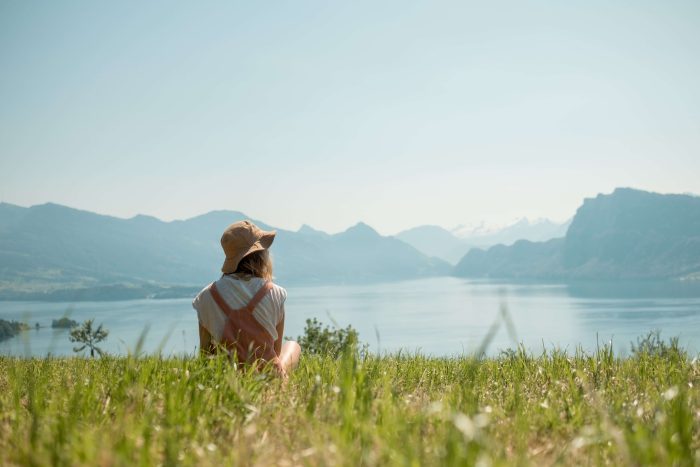