Why learn German in Vancouver? Today, Vancouver finds itself in a unique position as a bridge between the East and West after Canada recently signed free trade agreements with both the EU and several nations across the Pacific. Amid these trade partners in the EU, Germany has the largest economy and stands at the forefront of international trade, education, arts and sciences. That is why signing up for German courses in Vancouver is a fantastic way to gain a competitive edge in a global economy and to communicate with the almost 25,000 native German-speakers who live in the city. Get in contact with us today and we will start designing a German course that is tailored to your preferences, skills and schedule. 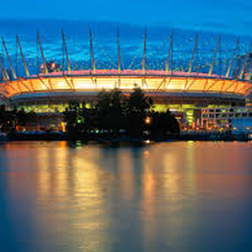 Why Study German in Vancouver

Learn German for Work & Studies: Nowadays, ties between Vancouver and German-speaking countries are stronger than ever. For example, since 2016, Lufthansa and Air Canada have been flying directly from Vancouver to both Munich and Frankfurt in Germany as well as Zurich in Switzerland. In a little over 13 hours, you will be in these amazing cities, ordering food and speaking to locals using the skills you acquire with Language Trainers! And when it comes to business, many companies based in Vancouver are always hiring local bilingual German speakers, such as Transperfect, Paypal or Fraserway. The German Canadian Business Association can also help you network with German businesspeople, as it promotes cultural, business and professional activities to further good relations amongst the German-speaking population of Canada.

Learn German for Culture: Throughout Vancouver’s history, German immigrants have played a significant role as their language and culture have shaped the development of life in the city. In honour of its cultural heritage, Vancouver actively hosts several German events each year including the Vancouver Christmas Market, or christkindlmarkt, which takes place every December and Harvest Haus Oktoberfest on East Hastings St, which in 2017 brought together more than 1 million people throughout the 9-day event. And if you like cinema, don’t miss the chance of watching German movies at the Vancouver International Film Festival (VIFF) which runs for two weeks every September and showcases over 350 films. This festival was attended by over 130,000 people in 2017 and featured 32 German language films, and is an excellent opportunity to test your new German listening skills!

Learn German for Social: It is also possible for you to have a fun evening speaking German and meeting new people by joining the Vancouver German Language and Culture MeetUp Group. It has almost 2,000 members and they welcome both German native speakers and people who are interested in the language. And if you want to share some delicious German food with friends while having a great time, Vancouver offers a lot of places where you can sample German dishes, such as Deutsches Haus on Victoria Drive. There, you can order Schnitzel, Spätzle or Sausage Platter. Bauhaus Restaurant is another place that features German food such as Amuse Bouche and Wiener Schnitzel. This restaurant’s menu shows the names of the dishes in German with an explanation in English, which of course you will not need after taking some classes with us at Language Trainers!

Where to Learn German in and around Vancouver

Our German courses are tailored to fit your needs. Regardless of whether it’s a weekday or a weekend, morning, afternoon, or evening, online or offline, our native German teachers will adapt to your needs. Just get in touch with us and we will arrange for an instructor to come to your home or workplace. You can also meet at a public space, such as the Vancouver Public Library on Georgia St, Kafka’s Coffee and Tea on Main St or Nemesis Coffee on Hastings St.

If you are not based in downtown Vancouver, you should still send us an inquiry. We have language tutors ready to start teaching in Coquitlam, Surrey, Richmond and Burnaby.

What are you waiting for? Let’s go, lass uns gehen! And if you have studied German before, you can take one of our free Level Tests so we can design a course that truly adapts to your requirements and abilities!

Sign up for our German lessons in Vancouver today! Schedule your lessons whenever you want them, so you can always find time to study, regardless of your timetable or location. You don’t even have to leave home to meet your teacher!

1-on-1 General German Course in Vancouver

Our general one-on-one courses in Vancouver will help students improve their German level quickly and efficiently, whatever their needs. One of the most exciting aspects of our courses is that they are developed entirely around the needs of the students. The fact that we offer our German classes on a One-on-One basis means that you can learn the words and phrases you need in a comfortable and relaxed environment.

1-on-1 Business German Course in Vancouver

Our German courses in Vancouver are taught on a one-on-one basis and will help you improve your business communication skills immensely. No matter what level you begin at we will soon have you dealing with business introductions comfortably before moving onto other matters. Beginner level students can expect to finish the course with basic telephone German and email skills, as well as a level of survival German, granting them the ability to work in a country where German is the native tongue.

Quick Inquiry: German courses in Vancouver
20868
people have taken our
German level test.
518
language teachers in Vancouver
are already registered with Language Trainers.
Start Learning
“”Heinz has been a great friendly and knowledgeable German instructor. He has been very flexible with some required schedule changes we have had.””
Curtis Lacelle
German course in Saskatoon
“”I chose Language Trainers as I found the company to be very efficient. I am really enjoying my classes with Britta; she is a wonderful teacher and person.””
Eileen Marshall
German course in Oakville