According to the BBC, there is a richer mix of religions, languages and cultural practices in Halifax today than ever before, and Arabic is now one of the most common spoken languages. As recently as the 2011 census, there were almost 6,000 Arabic speakers living in Halifax, most of whom who are monolingual speakers. Many of these Arabic speakers are part of the province's Lebanese population, but a growing number are from other countries, like Egypt, Iraq, Saudi Arabia, Jordan and Kuwait. About 1,500 Syrian refugees also arrived in Nova Scotia, boosting the number of Muslims and Arabic-speaking people in the region. Thus, learning the language will come in handy if you intend to connect with any of these communities on a deeper level. It is also crucial if you would like to understand their cultures and religions, or to explore new professional opportunities only available to those fluent in Arabic. Contact us today and we can start designing a program that is flexible to your skills and needs. 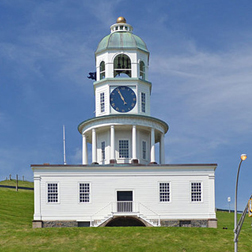 Why Study Arabic in Halifax

Learn Arabic for Work & Studies: Learning Arabic in Halifax will certainly be of help when looking for a new job. Many companies around the city are always hiring fluent Arabic speakers, such as Kahn Designs, Huddersfield and COSTI Immigrant Services. And in case you would like to connect with entrepreneurs of Arab origin, you can get in touch with the Lebanese Chamber of Commerce in Nova Scotia, an institution committed to leveraging their expertise to support the Arab business community in Halifax and Nova Scotia. In addition to networking opportunities, you can also take part in the workshops they organize, which vary from teaching leadership skills to social media marketing. All of them are dictated in Arabic, so can understand by signing up for a language course today! And if you are interested in pursuing higher education in Arabic instead, you can enrol in the Arabian Studies Program offered by Dalhousie University. You will not only learn the language but also read philosophical texts and poetry in their original language, study the history of Islam and more!

Learn Arabic for Culture: Work aside, you can find a lot of opportunities to experience the Arab culture around Halifax. For example, you can visit the Canadian Lebanon Society on Bedford Highway, an institution that encourages innovation and friendly relations between Canada and Lebanon. Every year since 2002, the Society hosts a party to celebrate immigration from Lebanon to Halifax. There, you can find stalls with Lebanese products and traditional food, enjoy their music and listen to native Arabic speakers who give inspirational talks about their life in Halifax and how they have managed to adapt. Make the most out of this fantastic event and start learning Arabic today with us at Language Trainers! And if you are looking to learn more about the religions of Arab people, you can participate in the many activities organised by the Centre for Islamic Development. Founded in 1998, the Centre is a place of worship and a space for education for children and adults. They welcome anyone with an interest in their religion, so don’t hesitate to join them if you would like to learn more about it.

Learn Arabic for Social: You will also be able to meet new people using your Arabic skills around Halifax. For instance, you can join the Sharing and Learning Languages Meetup, an exchange group that welcomes anyone who would like to practise a foreign language in Halifax, such as Arabic. Another option is the Dalhousie Arabic Society, which is open to anyone interested in the Arabic language. This society promotes activities and discussions based on cultures, customs, languages, music, food, history, art forms, films, youth, dance and poetry, so don’t be shy and join them to make friends while having a good time!

Where to Learn Arabic in and around Halifax

Arabic greatly influences social, professional and cultural aspects within the local community, so taking language lessons in Halifax is a wise move. Why not start studying today with us at Language Trainers? Our instructors are native speakers with experience that mean they can guide you to fluency in no time. Just reach out to us and we will arrange for one of our teachers to go to your home or office. You may also want to study in a public place, like the Halifax Central Library on Spreen Garden Rd, the Coastal Café on Robie Street and The Board Room Game Café on Barrington Street.

And if you are not living in downtown Halifax, just let us know and we will be there. We have great instructors ready to start teaching in Dartmouth, Bedford, Bridgewater and Truro.

Start learning today! Let’s go, لنذهب (linadhhab)! And if you have some knowledge of Arabic already, take our free online Level Test so we can gauge your current ability and then offer you a language package suitable to your skills!

Sign up for our Arabic lessons in Halifax, NS today! Schedule your lessons whenever you want them, so you can always find time to study, regardless of your timetable or location. You don’t even have to leave home to meet your teacher!

Our general one-on-one courses in Halifax, NS will help students improve their Arabic level quickly and efficiently, whatever their needs. One of the most exciting aspects of our courses is that they are developed entirely around the needs of the students. The fact that we offer our Arabic classes on a One-on-One basis means that you can learn the words and phrases you need in a comfortable and relaxed environment.

Our Arabic courses in Halifax, NS are taught on a one-on-one basis and will help you improve your business communication skills immensely. No matter what level you begin at we will soon have you dealing with business introductions comfortably before moving onto other matters. Beginner level students can expect to finish the course with basic telephone Arabic and email skills, as well as a level of survival Arabic, granting them the ability to work in a country where Arabic is the native tongue.